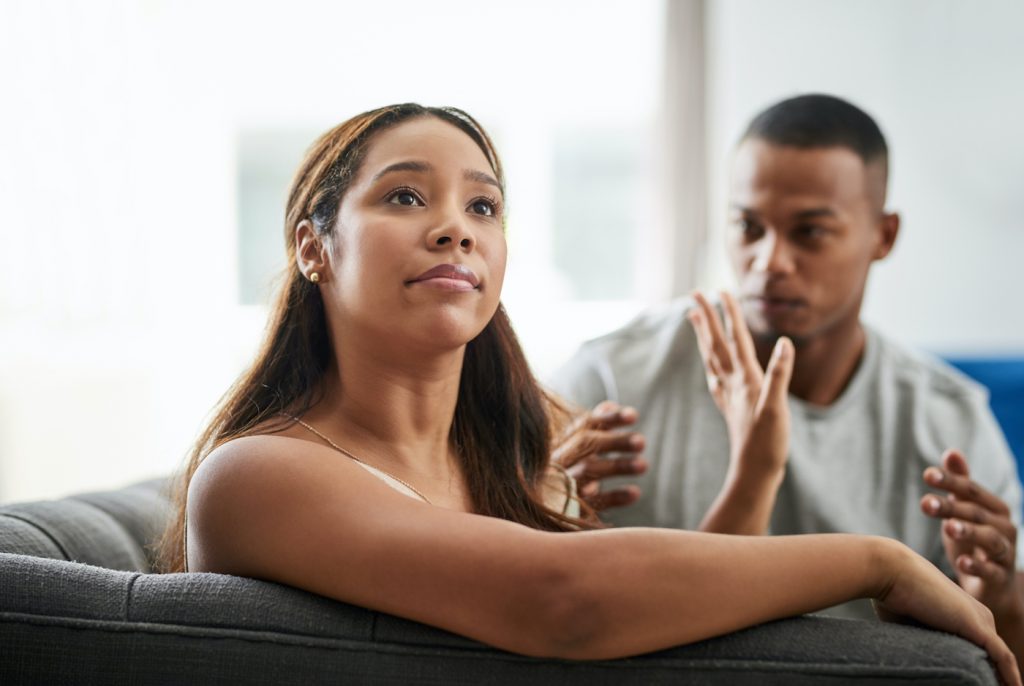 Relationships all ebb and flow whether you’ve only been dating for a short time or you’ve been with your partner for many years. But realizing that your partner is distancing from you can be painful. Distance is hard to bear in a romantic relationship because having consistent, dependable understanding, love, and support for each other is important. When that changes, the relationship feels desolate and empty. But don’t despair.

Here are 15 helpful hints to follow if your partner feels distant and you want to do something about it:

People appreciate some space, but he may also have something wrong and he doesn’t know how to bring it up. If you do, you’re making it easier for him to figure things out.

Invite him to talk about what’s going on. Try saying something like, “I feel like you’re pulling back, and I want you to know I’m here to support you through what’s happening This will allow you to get to the root of the issue and help him find a solution.

Recognize the distance you’re feeling, and ask if your partner feels it too. Ask if he has something happening in his life that needs to be addressed. When he answers, you need to be open to what he tells you. you may not like what he says, but you need to accept his honest response.

Your conversation will not go well if you react defensively. Your goal is to reduce the distance, not to widen it.

Once he has some space, ask him why he needs it, and then give him his space again. This situation requires give and take, and it’s crucial to take things slowly.

Listen to what he has to say, and evaluate if you can work with it. Once you’ve had the conversation, give him back his space.

If you feel him pulling back from you, gently ask if he feels the distance too. If he’s in denial, or if you’re reading too much into the situation, you may have to delve deeper.

If he says he hasn’t felt anything different and you feel he’s in denial, don’t press, push, or force him to agree with you. Instead, tell him you sense a shift in your connection. Give each other the opportunity to speak and listen without interruptions. Solutions are important, but it’s even more important for each partner to feel accepted, validated, and heard

Remind him that you’re available to listen. You may not be able to fix things for him, but it may help him if you share the burden of his problems

Chasing after him is among the worst things you could do. Instead, give him some time to see if what he’s feeling is temporary. If the problem doesn’t go away with time, bring it up in a gentle, peaceful manner. Make sure to pay attention to his response.

Retreating is a common defense strategy many men use when their partner is habitually overbearing, critical, or angry. You may not think you’re any of those things, but take an internal pause to see if you may be. To allow him to come back toward you, rein in your criticism, anger, or emotional crowding to allow him to return. Be honest.

Communicating openly without making assumptions will help you figure out why he’s acting distant. His pulling away doesn’t automatically mean that you’re doing something wrong, or that he doesn’t want to be with you. Set your assumptions aside and have an honest discussion.

Address things directly. Tell your partner you’ve noticed he’s being more distant, and ask him why. The answer just might be something you could work on together to fix. It’s best to get it out in the open before things spiral into more significant issues or worse, a breakup.

An accusatory or defensive approach can only escalate a problem. Bring it up with him, and let the outcome play out. Be honest about how you feel, but make him feel attacked. Stay calm so you can have an honest conversation.

When you feel your partner pulling away, it’s natural to assume it’s your fault. Instead of going on the defensive, strive to remain supportive and open. When you open the conversation, don’t focus on yourself. Try saying something like, “I feel as though something’s going on with you. Do you have something weighing you down? I want you to know that I’m here for you.” Phrasing it like that opens both of you up to total honesty. Being there for him may be the best gift you could give him.

Respect his space if you think it’s just a phase. However, people sometimes don’t know how to express themselves clearly, so they pull away to force or avoid an issue. It’s okay to call him out and let him address what’s going on. Creating distance with the intent of forcing a conversation isn’t the most effective tactic, but if you really love him and want to work things out, it’s best to have the tough conversations.

Use the situation as an opportunity to have a heart-to-heart discussion about where your relationship is going. This opens both you and your partner to a crucial conversation without assumptions, control, or judgment.

If your partner pulls away, analyze what you’re feeling. Make time to talk to him and let him know how his pulling back is impacting you. Use “I” statements in this conversation: “I feel ___ when you ___.” Let him know you see that he’s preoccupied, and you’re concerned. Ask him questions to get to the core of the issue. If you miss him, let him know, but no matter what, don’t lash out or attack.

When you talk about what’s going on be specific about what you feel he’s doing. Give examples, and ask him why. Specifics are especially helpful if your partner is in denial or oblivious. Then, make sure you listen to him. Just listen.